1. Create a series of photographs that include deep shadow in much of the frame. You could achieve this by using a black backdrop or by exposing in high contrast light as in Part One Project 2 (Shadows).

3. In Photoshop, place the images on top of one another and change the Blend Mode to Screen (removes the black from the image) of the images above the lowest image. Experiment with Luminosity and Colour blending modes. You may also want to reduce the Opacity of each image. Move them around with consideration for the sense of depth the image represents and try to create a final composite. 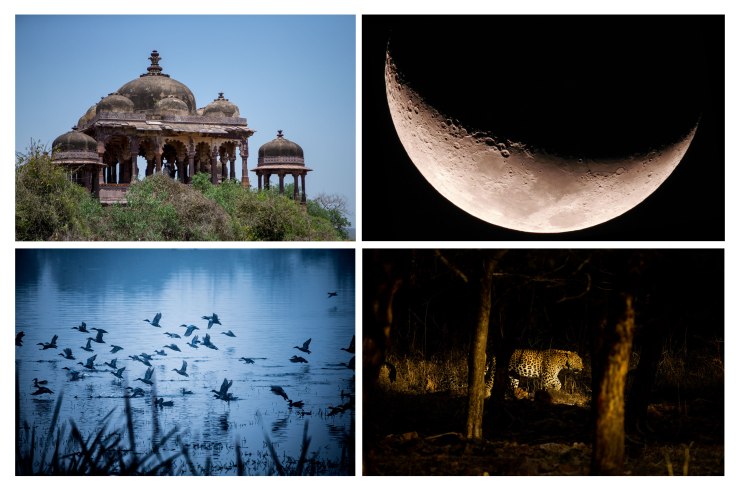 I had fun doing this exercise. Anything to do in Photoshop is quite enjoyable for me, so learning these quick tricks, which might come in handy, was a good learning lesson. I actually spent quite some time choosing the four images as nothing seemed to be blending well into a final composite that told a story. I was quite pleased with this one as this is the story about my favorite National Park – Ranthambhore National Park, Rajasthan, India.

This park is peppered with ancient ruins of the Mughal era and these ancient ruins are one of the major attractions of the park. Stories about them being haunted are just what comes along with every place that is old and has witnessed wars. but the real ghost of the park is the leopard who is much rarer to sight and thus I have used this composite to create a story of this elusive phantom.